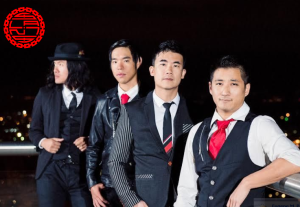 Since 1946, when the Lanham Act was enacted, the United States Patent and Trademark Office (USPTO) has denied registration of any trademark that “[c]onsists of … matter which may disparage [any] persons living or dead….” Today, the Supreme Court struck down this “disparagement clause,” finding that it violated the First Amendment.

For seventy years, the USPTO relied on the disparagement clause to reject trademarks that were racially or ethnically offensive, but The Slants, a rock band from Portland, Oregon changed the law. The Slants’ lead singer, Simon Tam, sought to trademark the band’s name, seeking to reclaim the term by their “deliberate disarmament of toxic language and symbols.” (See The Slants’ Press Release on Tam Decision.)

The USPTO refused to register “The Slants,” citing the disparagement clause. Tam appealed to the Federal Circuit, which held that Section 2(a) was unconstitutional restraint of free speech under the First Amendment.

The USPTO Strikes Out

Because “[t]he Federal Government does not dream up these marks, and it does not edit marks submitted for registration” “it is far-fetched to suggest that the content of a registered mark is government speech.”

Next the Court rejected the USPTO’s argument regarding the “constitutionality of governmental programs that subsidize speech expressing a particular viewpoint.” The Court distinguished those cases because they “involved cash subsidies or their equivalent.”

The Court rejected the USPTO’s position that the trademark registration program “creates a limited public forum for private speech” because even in such cases “viewpoint discrimination is forbidden.”

But What About the Washington Redskins?

The USPTO had deregistered the Washington Redskins’ trademark based on the disparagement clause. The team had appealed the USPTO’s decision, and the appeal is pending in the 4th Circuit.  Today’s Tam decision will knock the legs out from the USPTO’s decision and should pave the way for the team to reclaim its trademark.

What About Section 2(a)’S Other Prohibitions?

Section 2(a) also precludes registration of any trademark that “consists or comprises immoral, deceptive or scandalous matter….” Presumably, the Court’s Tam decision will also preclude the USPTO from denying registration to marks that are immoral or scandalous. However, one would assume the prohibition on deceptive marks would survive, since it is consistent with other provisions in the Lanham Act precluding “deceptively misdescriptive” marks and marks that are “likely …to deceive.”