In the last post, we discussed copyrights, trademarks and the difference between them. In this post, we will consider the concepts of “trade dress” and “trade secrets.”

Trade dress refers generally to “the total image, design, and appearance of a product and ‘may include features such as size, shape, color, color combinations, texture or graphics.’”  Clicks Billiards, Inc. v. Sixshooters, Inc. (9th Cir. 2001) 251 F.3d 1252, 1257. The “look and feel” of a particular restaurant’s design or of a particular manufacturer’s packaging are common examples of protectable trade dress. Proving trade dress infringement requires that a party show (1) that its claimed trade dress is non-functional; (2) that its claimed trade dress serves a source-identifying role either because it is inherently distinctive or has acquired secondary meaning; and (3) that the offender’s product or service creates a likelihood of consumer confusion. Id. at 1258. The concept of secondary meaning refers to the circumstances in which the purchasing public associates the trade dress with a particular source. Id. at 1262. Think of something like an Apple store design with a distinctive architectural style and visual elements that the public may well come to associate with Apple as a particular vendor.

A trade secret is information, including a “formula, pattern, compilation, program, device, method, technique, or process,” that (1) has economic value due to the fact that it is not generally known to the public or others that might use it where (2) the owner makes reasonable efforts to maintain its secrecy. See Cal. Civ. Code § 3426.1(d). A trade secret must also be non-obvious and not readily ascertainable to competitors.

Think of the classic example—a secret recipe or formula. It has value to me, the manufacturer, precisely because I am the only one who knows that recipe and can sell that particularly formulated product into the marketplace, and my product commands a premium price for that “authentic” product.

Among the most basic of the rights conferred by ownership of a trade secret is the right to prevent its acquisition, use or disclosure by a competitor. There are nuances as to what can constitute a trade secret and the scope of protections depending on whether state or federal trade secret law is applied.

Unlike a copyright, the information protectable as a trade secret can be an idea or method. Unlike a trademark, the information protected is not an expression of the source of a product but rather, most typically, a formula or method for producing the product itself. Thus, the “Coca-Cola” name is a trademark, while the formula for its soft drink is a trade secret (and apparently kept locked up in a vault in the company’s museum in Atlanta, Georgia). The artwork on a “Coca-Cola” can or bottle might well be protected by copyright. The shape of the classic glass bottle might be protected by trade dress. 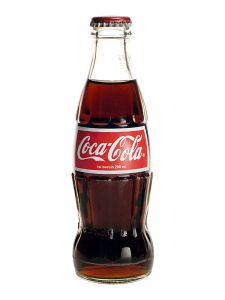 In the next post, we will consider some of the symbols used by owners of different types of IP to identify their IP and, in some cases, to enhance their ability to protect that IP.