I’m listening to my Classic Rock station on Pandora, and Keith Richards’ timeless guitar licks begin to blast from my laptop speakers.  I instinctively pick up my air guitar and start to wail.  Mick comes in:  “I. Can’t. Get. No. . .”  Then . . .  nothing.  I snap out of my rock star fantasy and wildly click over to Pandora to figure out what happened.  Over the picture of the Stones’ Out of Our Heads album cover, there is a message from Pandora: “This track is no longer available on Pandora.  We apologize for the inconvenience.” 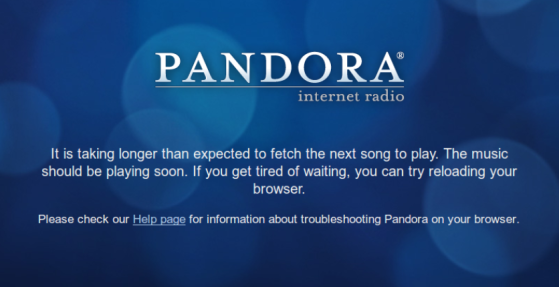 Ok, the Stones didn’t really disappear.  Not yet.  In actuality, Mick went right on singing, Keith went right on riffing, and I went right on wailing on the air guitar.  Nonetheless, the following two facts are absolutely true:  1) you don’t care about the rest of my jam session—which was complete with kicked-over “mic stands” (coat racks) and a T-shirt thrown into the “crowd” (my mortified wife and children)—and 2) fans of the Stones, Beatles, Elvis, Miles, Coltrane, and many other musicians with pre-1972 recordings could soon see these recordings removed from Pandora—and other commonly-used media—if record companies prevail in a recent suit filed against the Oakland-based company.

The Pandora Suit and SoundExchange

The suit against Pandora, which the record companies filed in New York state court, involves a challenge encountered in integrating the music industry’s royalty system:  millions of people listening to music using media that did not exist even 15 to 20 years ago, let alone in 1972.  Yet, when copyrighted songs are played on Pandora, satellite radio, or streaming webcasts, the holders of the copyrights are still entitled to royalties.  Many companies using digital recordings, including Pandora and SirusXM, use a company called SoundExchange to track usage, collect digital royalties, and distribute them to copyright holders.  Problem solved, right?  Unfortunately, there’s a catch.  SoundExchange may not track usage of material recorded or “fixed” before 1972, meaning that it would not collect or distribute royalties on such recordings.

The Problem With Pre-1972 Recordings

On February 15, 1972, Congress brought sound recordings under federal copyright law.  Prior to 1972, however, musical recordings were protected only be state copyright laws, many of which are based in common law, court-made rules that are not codified in statutes and, at least in many instances, do not require registration in order to protect recorded material.  The suit against Pandora is based on New York common law.  Works that are copyright protected by state common law are harder to track than those protected by a registered federal copyright.

The record companies in the Pandora suit, as well as in a California suit against SirusXM, contend that they have not been paid for usage of their pre-1972 recordings.  Pandora appears to tacitly acknowledge as much.  According to the complaint, Pandora told the SEC that if it were required to obtain licenses for the reproduction and public performance of pre-1972 sound recordings, the expense of compliance may be so prohibitive that Pandora would simply remove all pre-1972 recordings from its service.

We will watch the Pandora and SiriusXM cases with great interest, as the cases could end up significantly diminishing both services, as well as my living room concert series.