Conventional wisdom holds that software algorithms and source code can be protected as trade secrets, but broader technology “design concepts” can only be safeguarded by registering for patent protection.  But that conventional wisdom is bending as more and more courts grapple with the boundaries between trade secret and patent law.  In one of the more interesting California trade secret cases from the second quarter of 2014 — Altavion, Inc. v. Konica Minolta Systems Laboratory Inc. — the court of appeal confirmed that technology design concepts can be trade secrets. 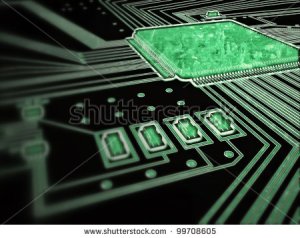 The plaintiff, Altavion, was a small company that invented a process for self-authenticating documents through the use of barcodes containing encrypted data about the contents of the original documents, otherwise known as digital stamping technology or DST.  Altavion alleged that several aspects of its DST process constituted trade secrets and that the defendant, Konica, stole those trade secrets.  Altavion and Konica had entered negotiations, subject to a nondisclosure agreement, aimed at embedding Altavion’s DST in Konica’s multifunction printers.  After those negotiations failed, Altavion discovered that Konica had secretly filed for patents encompassing Altavion’s DST process.

Can a patentable idea also be a trade secret?

On appeal, Konica argued that “[g]eneralized ideas and inventions are protectable by patents and thus cannot be trade secrets.”  The court of appeal disagreed, holding that “it is clear that if a patentable idea is kept secret, the idea itself can constitute information protectable by trade secret law.”  The court noted the different aims of patent law (shielding a publicly disclosed idea from infringement) and trade secret law (the right to control the dissemination of secret information), and observed that due to concerns regarding patent validity many businesses now choose to protect commercially valuable information through trade secret protection.

The court distinguished between the various components of Altavion’s DST technology.  At one end of the spectrum was Altavion’s “general idea” for a barcode allowing for self-authentication of documents, which was not a trade secret because it had been disclosed to several companies without a nondisclosure agreement.  At the other end of the spectrum was Altavion’s “algorithms and source code,” which was the most specific and secret level of information, and unquestionably a trade secret.  In the middle of this spectrum, and the focus of the lawsuit, were the “design concepts” underlying Altavion’s DST concepts.

The court held that Altavion’s design concepts were protectable trade secrets because they had independent economic value, were created through Altavion’s substantial investment of time and effort, were not readily ascertainable by competitors, and had not been previously disclosed.  The last part — “not previously disclosed” — was key to the court’s decision.  The court recognized that some earlier decisions had ruled that software design concepts were not trade secrets where those concepts were already “disclosed and evident to the end user.”  According to those prior cases, “plans, flows, inputs, outputs, rules of operation, priorities of operation, and the like are not trade secrets to the extent they are manifest in the way a program works.”

But here, the court ruled that Altavion’s design concepts maintained trade secret protection because they had not yet been disclosed in any finished product.  Altavion and Konica merely anticipated that the concepts would be disclosed later if and when the finished product containing the concepts was placed on sale.  The parties never reached that point, however, because negotiations ended and Konica pursued its secret patent applications covering Altavion’s concepts.

Trade secrets are not just for formulas, algorithms, and customer information.  An idea or design concept that might otherwise be patentable can also constitute a trade secret if it has independent economic value, is not readily ascertainable, and the owner diligently keeps it confidential.  Given recent concerns over heightened standards for patent validity and the high stakes of disclosing inventions in patent applications that might be rejected, expect more companies to rely on trade secret protection for their design ideas.

2 Responses to “Technology Design Concepts Can Be Trade Secrets”